This is the site for Everglades Moon Local Council, an affiliation of covens and solitary members of the Covenant of the Goddess (CoG) who live in Florida.  Local councils have been a part of CoG since its early days, formed to provide a local presence for the organization and a way to facilitate community networking amongst Wiccans and Witches.

Our mission is to represent and expand the presence of the Covenant of the Goddess, in the state of Florida, provide a sense of community, and encourage communication between the various groups and individuals of our religion.

The Community News page has been updated with info on Turning the Tide festival and other significant Local Council project or activities!  Older events have been moved over to the page for past turns of the wheel…

CoG is a consensus-based group of Wiccan and Witchcraft groups and solitaries mostly based in the United States. It was formed on October 31, 1975 to foster and practice the spiritual teachings of its member groups, to facilitate communication between its member groups, to issue clergy credentials and to educate the public about Wicca and Witchcraft.  Since its formation, it has also taken an active and prominent role in interfaith work. For more about CoG, see the main CoG website at www.cog.org.

Everglades Moon Local Council was formed by a consensual hiving from Dogwood Local Council, ratified by CoG’s National Board during its July 14, 2002 meeting. In September, 2002 our delegates to CoG’s annual meeting received the affirmation of the whole membership and loads of good feedback for a relatively smooth creation.  We also reputedly made a splash in 2003 as our delegates made a name for Everglades Moon with the rest of CoG by participating fully in the annual meeting, helping with off-site runs for food and beverages, ensuring that the hot-tub didn’t get to be a lonely place to network and bringing some extra Florida sunshine to the Tea Dance.

The members of Everglades Moon deserve a huge amount of credit for envisioning and tending the creation of our Local Council, as it was truly a group effort.

4 thoughts on “About EMLC”

Send a donation safely and securely via PayPal. Donations fuel our philanthropic endeavors across Florida.

Can’t attend in person? We usually have both call-in and Zoom options for all attendees. Hope to see you soon!

Are you interested in joining EMLC? We'd love to meet you!

If we've got a meeting coming up that you can attend, let us know and we can provide you details about that meeting.

Is there an event coming up where EMLC'ers will be, such as a Pagan Pride Day or our annual Turning the Tide celebration? Stop on by and chat with us! Whether we're at FPG, Pantheacon, or any other festival, we're always excited to meet potential new members. 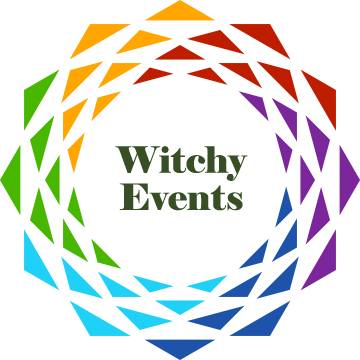 We've got your calendar of some of the best, witchy and witch-friendly events in Florida! Click the ticket above or just follow this link. Know of an event that's not on our list? Head over to our Facebook page and send us the link!

The British Museum acquires Pendant of the Sun, via The Wild Hunt https://ift.tt/2uTsKE2

Oberon Zell calls for a voter registration drive, via The Wild Hunt https://ift.tt/2wugaeN

Meet our Ancestors: a new Google exhibit of Chauvet-Pont-d’Arc Cave, via The Wild Hunt https://ift.tt/3cmn1HT